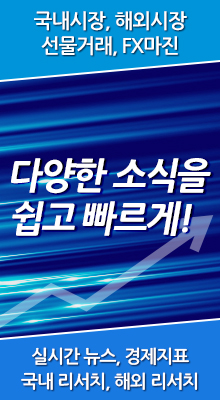 The Committee’s latest projections for activity and inflation were set out in the November Monetary Policy Report and were based on the assumption of an orderly transition to a deep free trade agreement between the United Kingdom and the European Union. UK GDP growth was projected to pick up from current below-potential rates, supported by the reduction of Brexit-related uncertainties, an easing of fiscal policy and a modest recovery in global growth. With demand growth outstripping the subdued pace of supply growth, excess demand and domestic inflationary pressures were expected to build gradually. CPI inflation was projected to rise to slightly above the 2% target towards the end of the forecast period.

Since the MPC’s previous meeting, economic data have been broadly in line with the November Report. Global growth has shown tentative signs of stabilising and global financial conditions remain supportive. The partial de-escalation of the US-China trade war provides some additional support to the outlook relative to the November Report, although trade tensions remain elevated.

UK GDP increased by 0.3% in 2019 Q3 and is expected to rise only marginally in Q4. Household consumption has continued to grow steadily, but business investment and export orders have remained weak. Financial markets have remained sensitive to domestic policy developments. Since the November Report, the sterling exchange rate has appreciated by 2% and UK-focused equities have outperformed their international counterparts. There is no evidence yet about the extent to which policy uncertainties among companies and households have declined.

There continue to be some signs that the labour market is loosening, although it remains tight. Employment growth has slowed and vacancies have fallen, but the unemployment rate has remained stable and the employment rate is around its record high. Although pay growth has eased somewhat, unit labour costs have continued to grow at rates above those consistent with meeting the inflation target in the medium term. CPI inflation remained at 1.5% in November and core CPI inflation remained at 1.7%, broadly as expected. The headline rate is still expected to fall to around 1¼% by the spring, owing to the temporary effects of falls in regulated energy and water prices.

Monetary policy could respond in either direction to changes in the economic outlook in order to ensure a sustainable return of inflation to the 2% target. The Committee will, among other factors, continue to monitor closely the responses of companies and households to Brexit developments as well as the prospects for a recovery in global growth. If global growth fails to stabilise or if Brexit uncertainties remain entrenched, monetary policy may need to reinforce the expected recovery in UK GDP growth and inflation. Further ahead, provided these risks do not materialise and the economy recovers broadly in line with the MPC’s latest projections, some modest tightening of policy, at a gradual pace and to a limited extent, may be needed to maintain inflation sustainably at the target.

The MPC judges at this meeting that the existing stance of monetary policy is appropriate.